Stephen King's second book, 'Salem's Lot (1975)--about the slow takeover of an insular hamlet called Jerusalem's Lot by a vampire patterned after Bram Stoker's Dracula--has two elements that he also uses to good effect in later novels: a small American town, usually in Maine, where people are disconnected from each other, quietly nursing their potential for evil; and a mixed bag of rational, goodhearted people, including a writer, who band together to fight that evil.


Simply taken as a contemporary vampire novel, 'Salem's Lot is great fun to read, and has been very influential in the horror genre. But it's also a sly piece of social commentary. As King said in 1983, "In 'Salem's Lot, the thing that really scared me was not vampires, but the town in the daytime, the town that was empty, knowing that there were things in closets, that there were people tucked under beds, under the concrete pilings of all those trailers. And all the time I was writing that, the Watergate hearings were pouring out of the TV.... Howard Baker kept asking, 'What I want to know is, what did you know and when did you know it?' That line haunts me, it stays in my mind.... During that time I was thinking about secrets, things that have been hidden and were being dragged out into the light." Sounds quite a bit like the idea behind his 1998 novel of a Maine hamlet haunted by unsightly secrets, Bag of Bones. --Fiona Webster

Bram Stoker's classic novel of suspense and horror was a bestseller in Britain when it was published in 1897. A late 20th-century biographer of Stoker has suggested that famed Victorian actor Henry Irving, for whom Stoker worked for many years, was an inspiration for some of Count Dracula's characteristics.

The Picture of Dorian Grey

A lush, cautionary tale of a life of vileness and deception or a loving portrait of the aesthetic impulse run rampant? Why not both? After Basil Hallward paints a beautiful, young man's portrait, his subject's frivolous wish that the picture change and he remain the same comes true. Dorian Gray's picture grows aged and corrupt while he continues to appear fresh and innocent. After he kills a young woman, "as surely as if I had cut her little throat with a knife", Dorian Gray is surprised to find no difference in his vision or surroundings. "The roses are not less lovely for all that. The birds sing just as happily in my garden."

As Hallward tries to make sense of his creation, his epigram-happy friend Lord Henry Wotton encourages Dorian in his sensual quest with any number of Wildean paradoxes, including the delightful "When we are happy we are always good, but when we are good we are not always happy." But despite its many languorous pleasures, The Picture of Dorian Gray is an imperfect work. Compared to the two (voyeuristic) older men, Dorian is a bore, and his search for ever new sensations far less fun than the novel's drawing-room discussions. Even more oddly, the moral message of the novel contradicts many of Wilde's supposed aims, not least "no artist has ethical sympathies. An ethical sympathy in an artist is an unpardonable mannerism of style." Nonetheless, the glamour boy gets his just deserts. And Wilde, defending Dorian Gray, had it both ways: "All excess, as well as all renunciation, brings its own punishment."

He's back--the terror that stalked Hilary Thomas as a child is back in her life, in her house, at her bedroom door. She killed him once. But he keeps coming back. Again. And again... 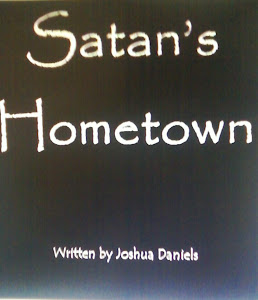